View the second season of 'Life on the Line' 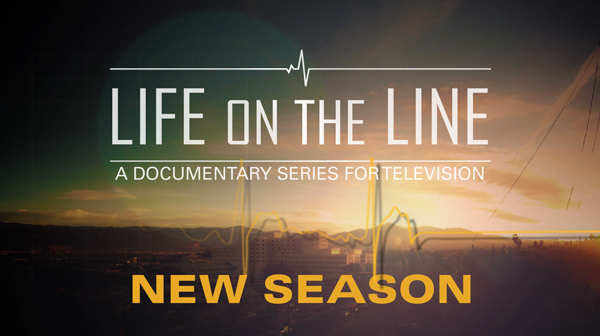 Now “Life on the Line” is back with a second season. Experience Loma Linda University Health’s mission to continue the teaching and healing ministry of Jesus Christ as inspiring stories come to life in your living room.

"Life on the Line” seasons 1 and 2 are scheduled to begin airing on KVCR, channel 24, on Wednesdays at 7:00 p.m. starting July 1. For the schedule and more information visit www.lifeontheline.tv.

A newborn’s fight to survive

After an unexpected pregnancy, Janett and Gian find out their baby boy will be born with a life-threatening condition called gastroschisis, a birth defect in which the intestines are outside of the body. Without immediate medical treatment, baby Theodore’s life will be in danger as soon as he is born. Follow the journey of a beautiful family whose bond grows stronger during their biggest life challenge and the doctors and nurses who pull together with hopes of giving Theodore a future.

In one of the worst storms on record, Typhoon Haiyan hit the Philippines with devastating force. More than 6,000 people died and thousands more were displaced, leaving a whole region left to face loss, hardship and depression. In the aftermath of the typhoon, an international behavioral health trauma team touches down to help those facing grief and post-traumatic stress. Journey through the eyes of Nona, a single mother of six, as she shares her story of survival, and Joward, a local pastor determined to help the people in his community.

The selfless act of saving a life

A childhood friendship — and Facebook — could save John Brannon’s life. While on the brink of kidney failure, John reunites with an old friend who suddenly realizes that she has the ability to save him through organ donation. Meanwhile in the same hospital, 5-year-old Chealsey Melendez is diagnosed with stage-4 cancer. Doctors harvest her own stem cells and freeze them so they can be transplanted back into her marrow at a later date, all in a desperate attempt to save her life.

Before 1984, the life expectancy in the small African country of Lesotho was 70 years. Today it’s 40. The HIV/AIDS epidemic has ravaged the mountain kingdom, leaving scores of orphans and grandmothers to pick up the pieces of a shattered country. Instead of retirement, the elderly are facing a future of hard labor caring for their grandchildren until the day they die.

With the growing pressure and stress teenagers face today, a silent epidemic is on the rise. One in five teenagers cuts or self-injures his or her body. This episode tells the story of three adolescents who strive to live life without hurting themselves and raises awareness about this destructive coping mechanism and the help that is available.

“Footsteps of the Unknown”

Sometimes when you have nothing, hope is everything.

With overwhelming widespread poverty and disease in Ethiopia, it’s estimated that one in eight children is orphaned or abandoned. Yet in the western highlands, in a town called Gimbie, lies a hospital where nonprofit workers take these lonely children under their wings. Follow the journey of baby Bella, whose mother abandoned her at the hospital, and be inspired by the heroes who commit their lives to making the world a brighter place for these children.