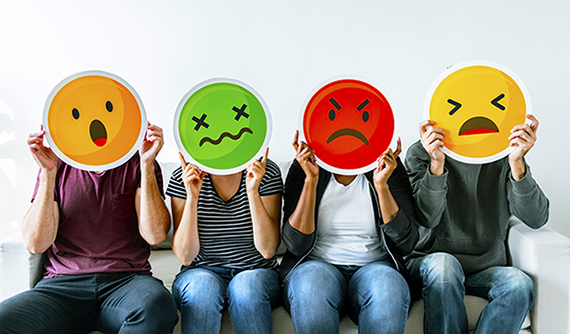 The late Eugene Peterson’s paraphrase of the Bible is called The Message. Here is how The Message renders Proverbs 22:24–25:

While I appreciate the sentiment, I do wonder whether these verses from Proverbs are just the overstated ramblings of an aging man from a long, long time ago. I mean, I don’t have to be affected by the emotions of others, do I? After all, I believe in the concept of the solid self, a concept that says that when a person is solid at the core, then that person knows and stands for their beliefs, convictions, principles and opinions. They maintain their individuality. They have strength. They are solid.

Some time ago, a friend of mine introduced me to a concept called “emotional contagion.” According to the (trusty?!) annals of Wikipedia, emotional contagion “is the phenomenon of having one person’s emotions and related behaviors directly trigger similar emotions and behaviors in other people.” It’s the experience of “catching” a given emotion from another person, just like catching the flu. Interestingly, there’s a significant amount of research to back up the concept’s validity.

Curiously, it isn’t even limited just to emotions. Yawning has been observed to be contagious in humans as well as numerous animal species, such as chimpanzees, cats, birds, and reptiles.

You’ve had that experience, haven’t you? Perhaps you’re in a faculty meeting — the kind of meeting of which I heard one person say: “When I die, I hope it’s in a faculty meeting, because the transition from life to death will be so subtle!” — and someone y-a-w-n-s… What are you doing ten seconds later?

Emotional contagion seems to be a valid reality. So, now we go back to the words of the wise man in Proverbs 22:24–25, this time from the New International Version:

Do not make friends with a hot-tempered person,
do not associate with one easily angered,
or you may learn their ways
and get yourself ensnared.

Do you know what I notice about today’s public dialogue, recorded on the news, on websites, and through social media? It seems that so many people are yelling. The world is angry. One side shouts and the other screams back. One group accuses and the other responds in kind. One person condemns and another retaliates. Our current cultural reality is one of emotional contagion run amok.

I think the wise man was right!

And then I think of the words of Jesus in the Sermon on the Mount (Matthew 5:8):

Blessed are the peacemakers
for they will be called children of God.

But it has to start with someone. Somebody has to be “patient zero.” Someone has to be the one who spreads it. I’m willing. Are you? 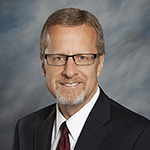