In memoriam of a campus giant: Wil Alexander

Heather Reifsnyder and Richard A. Schaefer 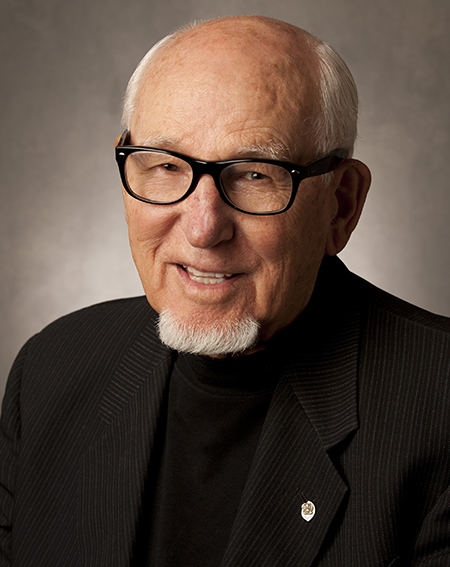 A 2011 portrait of Wil Alexander. Click through the gallery to see more images of his life and work.

Wil Alexander, PhD, died Nov. 16, 2016, at the age of 95. It is “the loss of a friend, the fall of a leader and the end of an era,” describes his colleague in the School of Religion, Professor David Larson, PhD, DMin.

“Our friend Wil Alexander is now gone,” says Richard Hart, MD, DrPH, president of Loma Linda University Health. “His impact on this campus has been immeasurable and will continue for generations in the lives of those students, residents, faculty and patients he impacted.

“He was absolute in his commitment to Loma Linda and in his desire that this campus become a model of whole person care, as he so ably defined it. Now it is upon all of us to carry on the incredible tradition he nurtured for so many years.”

After his ordination into the ministry in Lynwood, California, in 1954, Wil Alexander joined the faculty of Loma Linda University as an associate professor of practical theology. For the next nine years he taught courses in counseling, guidance, evangelism, preaching and speech.

Alexander served as the first dean of the Faculty of Religion at Loma Linda University after the separation from what is now La Sierra University in 1990. While maintaining a strong relationship with the clinical faculty of the university, he successfully preserved a unified religion faculty as the new dean.

As part of the effort to integrate the institutional motto, “To make man whole,” into working practice for students, faculty, staff and administrators, Loma Linda University created a taskforce on spiritual life and wholeness in 1991. As the premise developed, the university appointed Alexander as special assistant to the president for spiritual life and wholeness in 1991.

In 1996, he founded and became director of the Loma Linda University Center for Spiritual Life and Wholeness, a base from which to foster and nurture spiritual life and wholeness in students, health care professionals, their families and their patients. For Alexander, whole person care was all about listening to patients’ stories.

“One of our greatest storytellers has said goodbye for now. Our lives have all been blessed by his presence among us. This organization will move forward greatly influenced by the path he has paved,” says Carla Gober-Park, PhD, MS, MPH, director of the Center for Spiritual Life and Wholeness, and his close friend.

Alexander described his vision for patient care this way:

“I've spent a great deal of time in clinic situations where the patient becomes the best teacher. In more recent years, I've worked on a series of questions and ways in which to interview patients to help them tell their story. I see most patients as wounded storytellers who, out of pain, fear, emotions and relational things that are happening to them, find themselves actually feeling better having told the story. This helps the physician understand how this all inner-weaves together toward caring for them as whole persons.”

Roger Hadley, MD, dean of the School of Medicine, says: "Wil Alexander was extraordinarily successful in teaching generations of physicians a practical and highly effective way to incorporate spiritual care in the practice of medicine. His influence will be felt for many years.”

In 2015, the School of Religion created a documentary, “A Certain Kind of Light,” that followed Alexander on patient rounds sharing whole person care and honored his legacy. It screened at Loma Linda University Health earlier this year and has also been shown in a number of national and international film festivals, winning multiple awards.

“Through ‘A Certain Kind of Light,’ we are exposed to a heart that transforms how we see those with whom we have healing encounters,” says Garrett Caldwell, DMin, executive director of public affairs at Loma Linda University Health.

Wil Alexander’s kindness emanated to all whom he met. View the film’s trailer for a glimpse into who he was and how he cared.