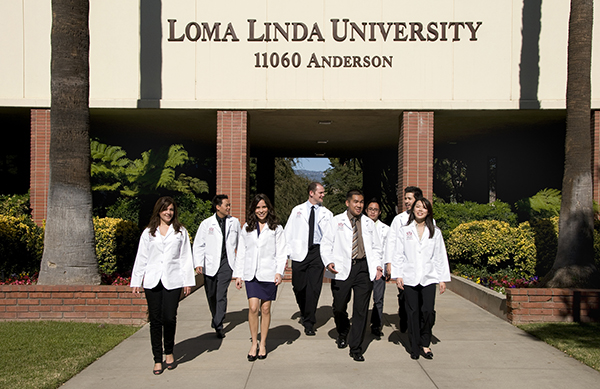 Update -- The following story appeared in News of the Week on September 11. Since that time, PayScale has released new data from their survey of American college and university alumni. This time they polled graduate and professional school alumni, and once again, Loma Linda University alumni scored highest in the nation (91 percent) on the question, "How much satisfaction do you get from your job, and do you feel your job helps make the world a better place?" The nearest second-place university scored only 76 percent on this question. The Wall Street Journal carried the follow-up story on graduate alumni on its website on October 22.

Here’s the answer to a burning trivia question. Out of 1.4 million college and university alumni surveyed, which higher education organization’s graduates scored highest on this question: How meaningful do you feel your job is? The answer:  Loma Linda University.

Every year, an organization called PayScale surveys bachelor’s alumni from over 1,000 U.S. colleges and universities. In addition to collecting data on income, they also ask: Does your work make the world a better place? This year, Loma Linda University alumni ranked in the No. 1 spot; 91 percent of Loma Linda University bachelor’s graduates said working in their jobs helped to “make the world a better place.”

“I’m delighted by this ranking,” says Richard H. Hart, MD, DrPH, president of Loma Linda University Health. “As our alumni are living out our mission every day, bringing wholeness to all the ends of the earth, this recognition makes me proud of the heritage of our university, the spirit and dedication of our faculty and staff, and all of our medical professionals who train our students for lives of real service — locally, nationally and globally.”

The ranking put Loma Linda far ahead of Ivy League schools such as Harvard, Yale and Princeton, often ranked in the top three spots on some college surveys. In the PayScale alumni survey on meaningful jobs, only about 65 percent of the three Ivies’ alumni answered yes to the question.

The next three institutions following LLU were University of Texas Medical Branch in Galveston, Texas, and Medical College of Georgia in Augusta (both tied for 88 percent), and Thomas Jefferson University in Philadelphia, Pennsylvania (86 percent).

In the same survey, Loma Linda University was also ranked among the top for the highest starting salary.

The Atlantic and The Washington Post have reported the news of LLU’s No. 1 ranking.

Read about the most recent PayScale survey results here.