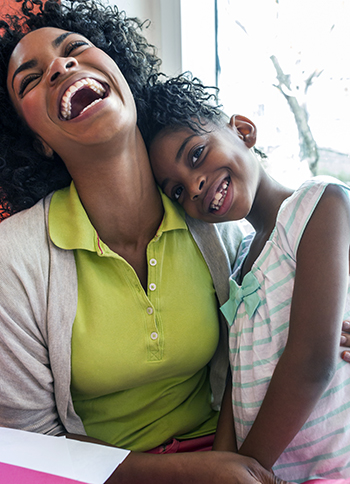 The world is interested—two recent LLUH studies have been picked up by major news outlets. A study on laughter and meditation was covered by media outlets including CBS news on April 28, found at http://www.cbsnews.com/news/laughter-may-work-like-meditation-in-the-brain/; and a second study that showed laughter increases short-term memory was picked up by news media including by ABC news:http://abcnews.go.com/Health/laughing-makes-brain-work-study-finds/story?id=23393053.

“Good Morning America” aired a segment highlighting results of the LLUH study on memory showing that laughing for 20 minutes can help improve memory in healthy, older adults. “Learning ability and delayed recall become more challenging as we age,” lead author Gurinder S. Bains, MD, shared. “Laughing with friends or watching 20 minutes of humor on TV, as I do daily, helps me cope with my daily stressors.”

The study is titled “The effect of humor on short-term memory in older adults: a new component for whole-person wellness.” According to Lee Berk, DrPH, MPH, associate professor, LLU School of Allied Health Professions, and associate research professor, pathology and human anatomy, LLU School of Medicine, the act of laughing increases endorphins, sending dopamine to the brain. This provides a sense of pleasure and reward, and the immune system also functions better.

Laughter reduces stress, say the researchers, and as one’s stress is lowered, memory improves. This has tremendous implications for older adults who may be experiencing age-associated memory deficiencies, as medical practitioners now can offer enjoyable and beneficial humor therapies for these deficiencies.

The second LLUH study was presented in late April at the Experimental Biology 2014 conference in San Diego. As researchers measured subjects’ brain wave activity, they discovered that humor associated with mirthful laughter sustains high-amplitude gamma-band oscillations -- gamma is the only frequency found in all parts of the brain.

“When there is mirthful laughter,” continues Berk, “it’s as if the brain gets a workout because the gamma wave band is in sync with multiple other areas of the brain that are in the same 30-40 hertz frequency. This allows for thinking more clearly and having more integrative thoughts. This is of value to individuals who need or want to revisit, reorganize, or rearrange various aspects of their lives or experiences to make them feel whole or more focused.”

Subsequent findings revealed that while watching spiritual videos, subjects experienced significant levels of alpha brain wave bands, similar to those of a person at rest; and while watching distressful videos, subjects experienced flat brain wave bands across the board similar to those of people who feel detached, non-responsive, or would rather not be in the situation.

The world is listening, as major news outlets throughout the United States continue to relay the good news.