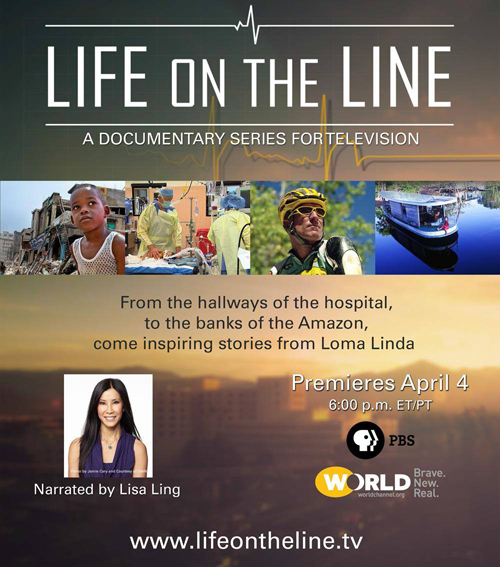 “Working on this series has been an amazing experience,” says Patricia Kelikani, director of advancement films at LLUH. “This show is about real people finding meaning in the midst of a tragedy. This is where the real story lives and their strength of spirit shines.”

Narrated by celebrity host and journalist Lisa Ling and produced by the 12-time Emmy Award winning advancement films team, “Life on the Line” zeroes in on Loma Linda University Health—which serves one-quarter of Southern California—and equips medical teams to travel around the world. The show follows patients from Southern California to the Amazon, Haiti, and Egypt as they all fight a similar battle: to stay alive.

“Life on the Line” will air on Fridays with repeats throughout the week. During each viewing, two episodes will appear back-to-back. In addition to airing on the WORLD Channel in April, the show will air on PBS stations throughout the country in July. For the full schedule, episode previews, and more information about the show, visit www.lifeontheline.tv.